The features, benefits, and drawbacks of migrating from Oracle Discoverer to Microsoft Power BI.

Power BI is comprised of the following tools:

There are two ways to migrate Discoverer reports to Power BI:

ennSight's custom logic automatically extracts the Discoverer SQL and business rules, including security details and report access and owner information. The extraction process can also be done manually, which is feasible for smaller batches of reports.

Using ennSight, the security from Discoverer can be transferred over to Power BI, and report access can be restricted to the user level. Power BI is strictly desktop or browser-based, so no concept of business areas exist here and there is no administrative piece.

The SQL is manually imported as raw data into Power BI. Once imported, the output will match that in Discoverer, so you can design the front-end in Power BI (dashboard, graphs, etc.).

How do Discoverer reports look when converted to Power BI?

Here's an original Discoverer report for All Customers With Profile Details: 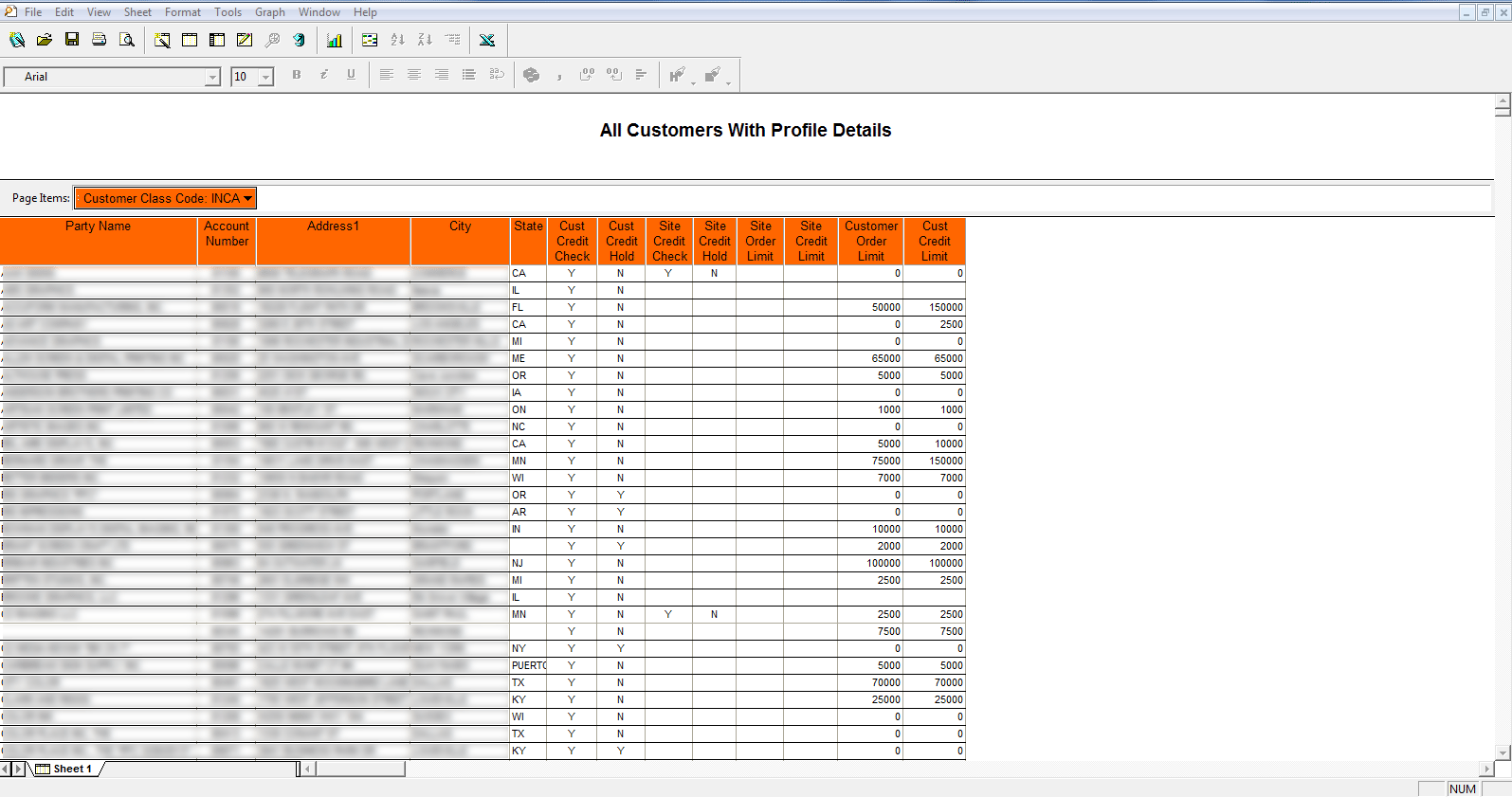 Here's the same report converted to Power BI and enhanced with charts and graphs. 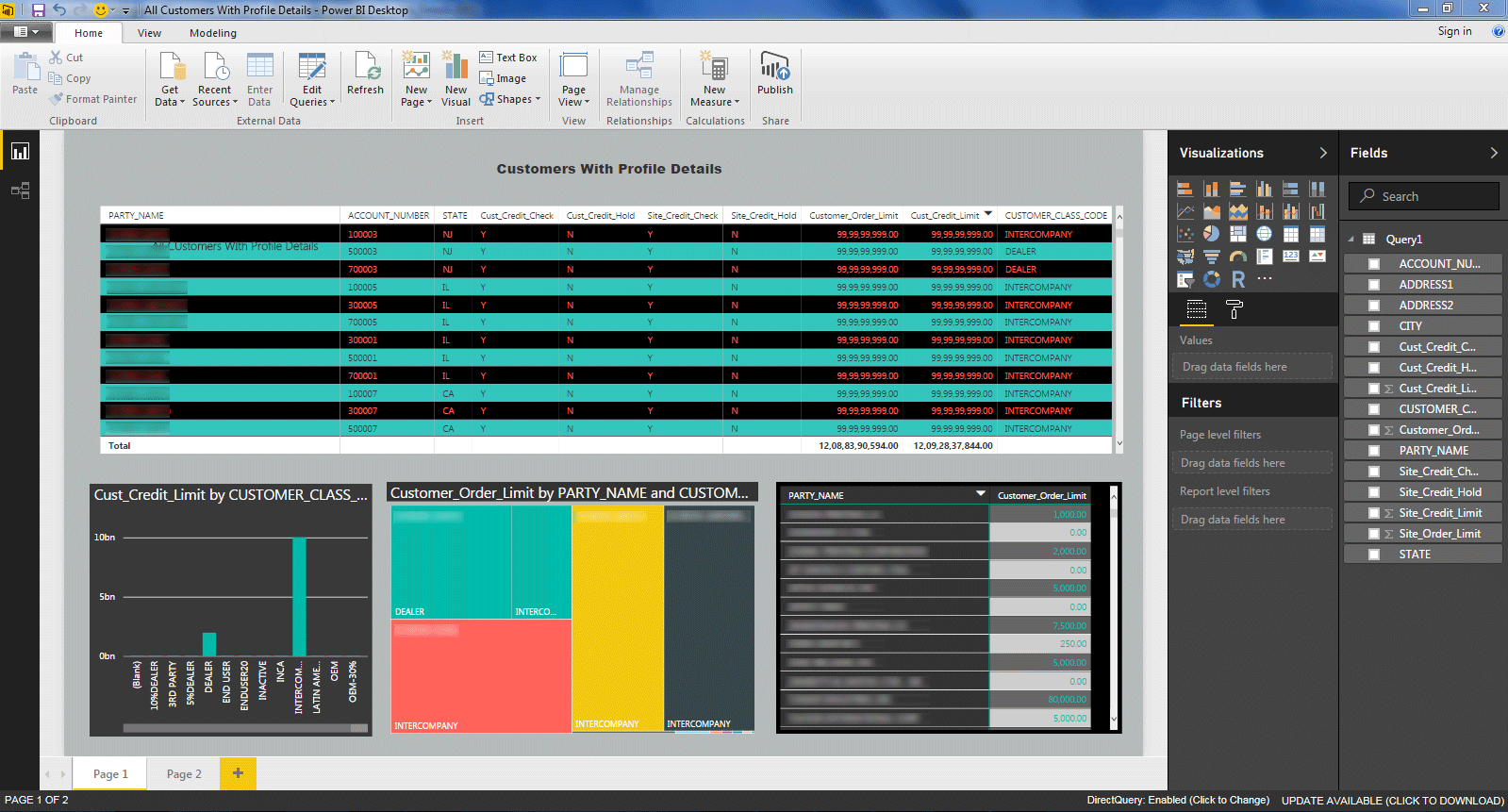 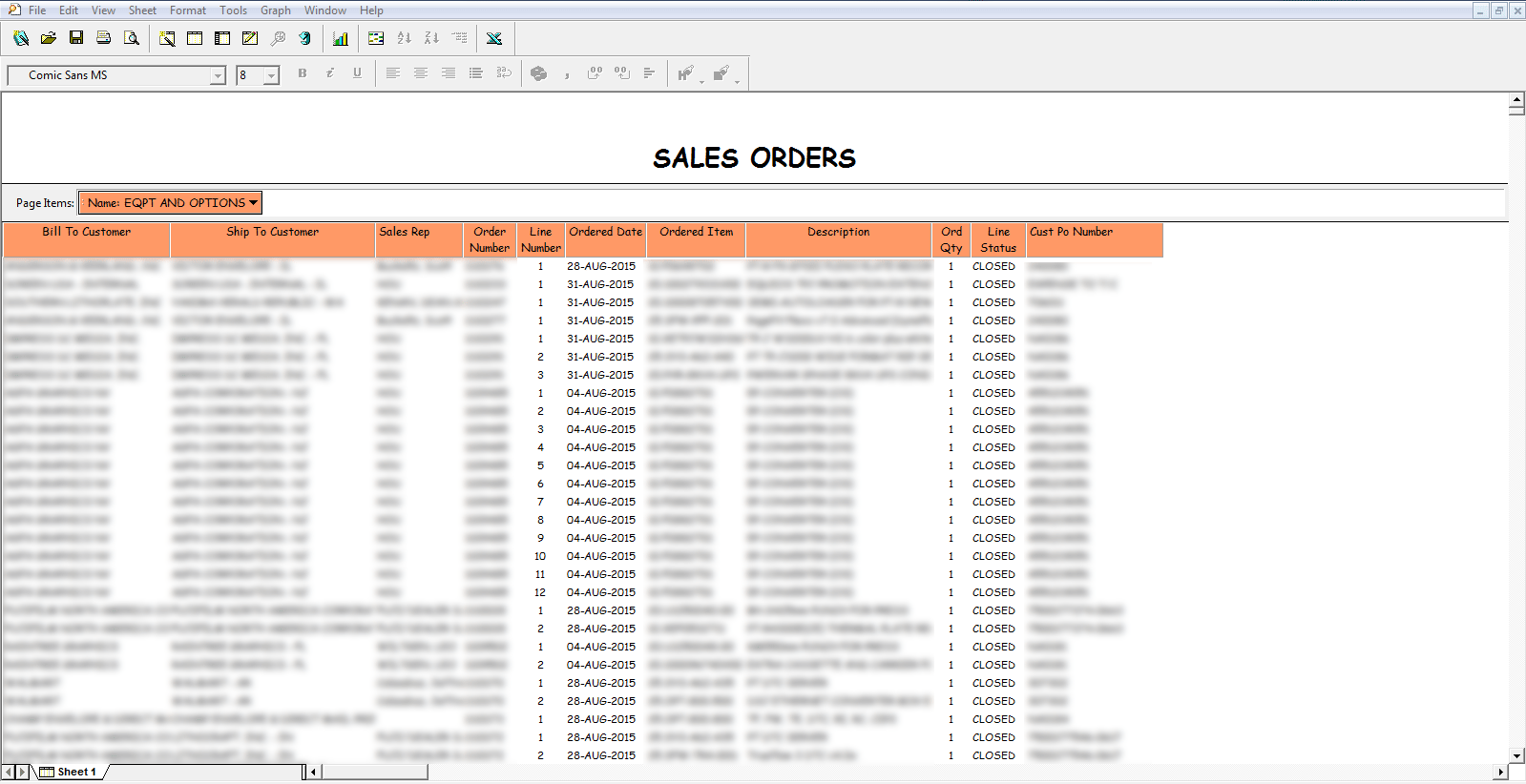 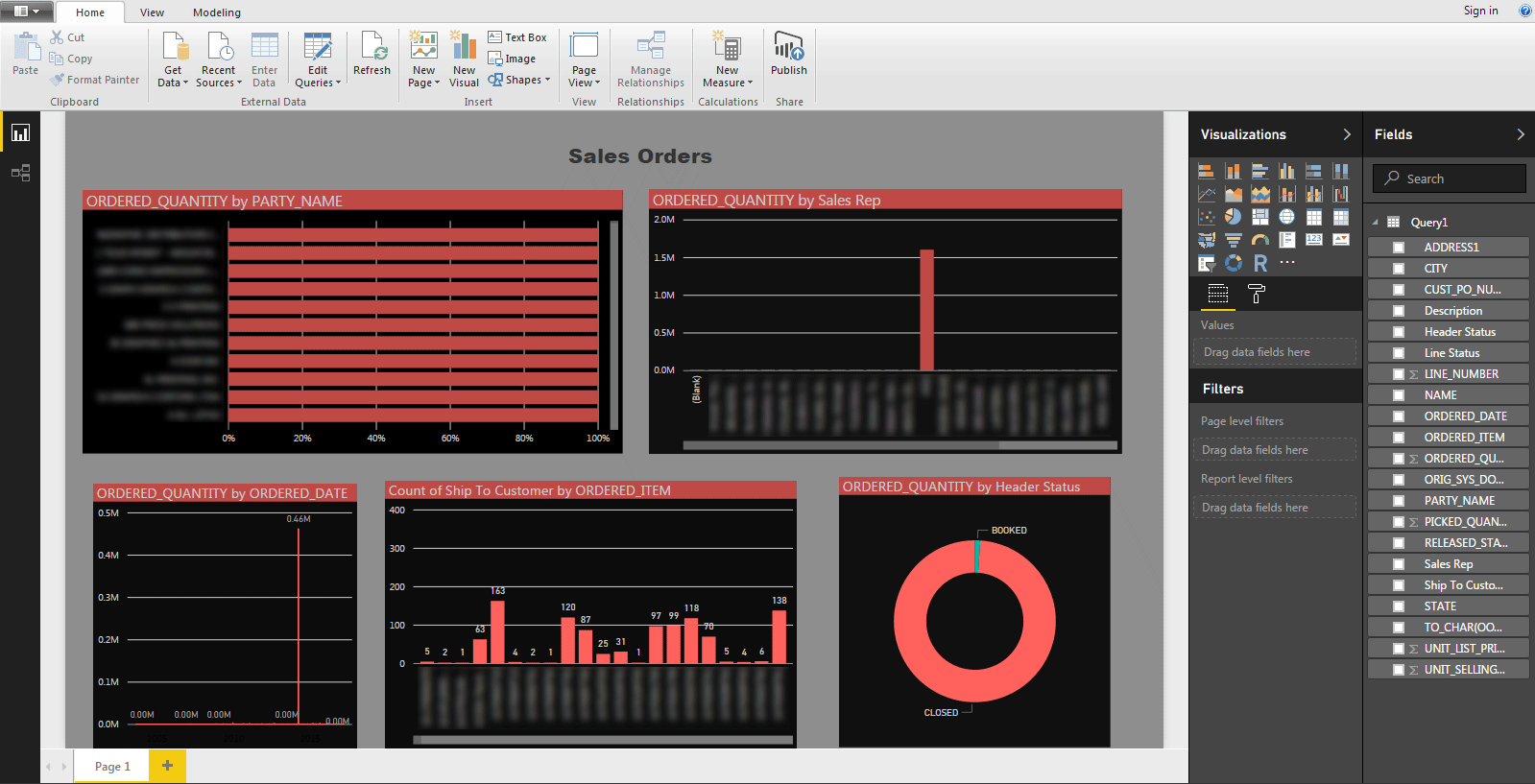 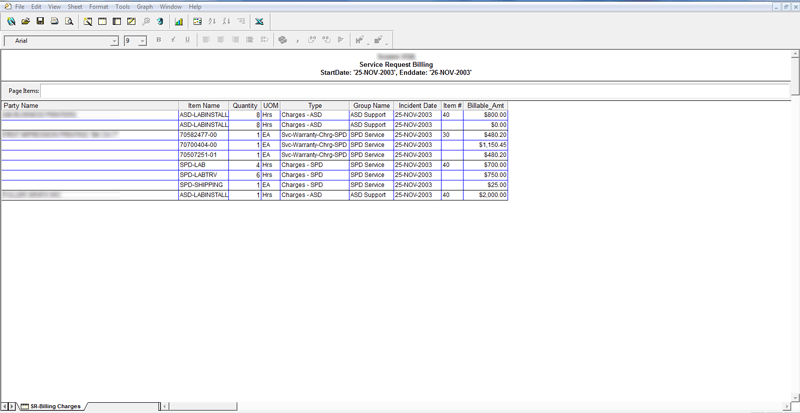 When the report is converted to Power BI the tabular layout is identical to that in Discoverer: 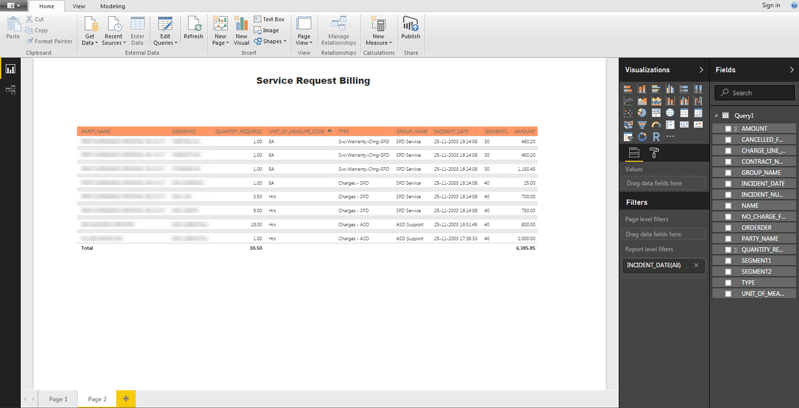 Here's the same Discoverer report in Power BI with added visualizations like charts and graphs: 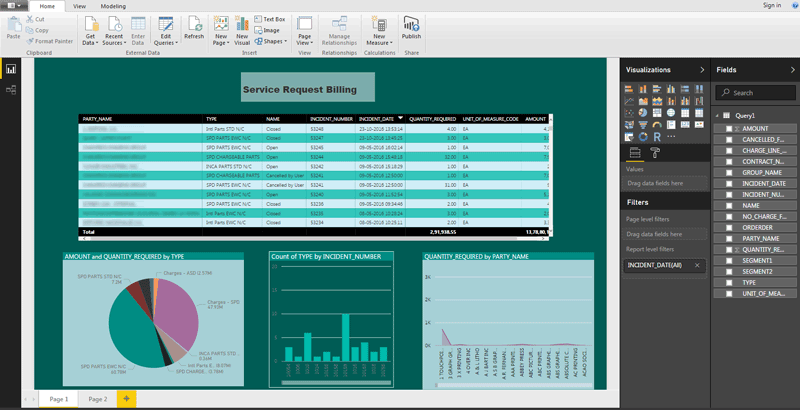 Considerations when migrating from Discoverer to Power BI

The Discoverer to Power BI migration path is the least intensive in terms of cost, time, and resources. In many cases, we have helped clients migrate from Discoverer to Power BI in conjunction to an internal Windows OS, desktop, or hardware upgrade, or Office365 migration project. These initiatives can be executed simultaneously without exceeding budget or requiring a significant commitment from client resources (should the client decide to hire a third party consulting company to lead the migration).

Learning Curve - Power BI has a very low learning curve, which makes it easier for non-technical users to learn how to use when migrating from Oracle Discoverer.

SQL Extraction - Once the SQL is extracted from Discoverer, it can be manually migrated into Power BI. Power BI does not allow users to automatically import bulk, raw SQL.

Recommended Migration Path - We recommend migrating the Discoverer reports "as-is" into Power BI, so they match the same output in Discoverer. This will help reduce errors during testing and migration, and allow the business users to enhance the reports in Power BI however they see fit.

Pros of migrating to Power BI

Cons of migrating to Power BI

Discoverer to Power BI migration for a US municipality

Check out our other Discoverer blogs for migration case studies and tips, and view our Oracle Discoverer replacement options guide. You can also learn more by exploring ennVee's automated Discoverer migration tool and services.

Discoverer to Power BI migration for a US Municipal Government